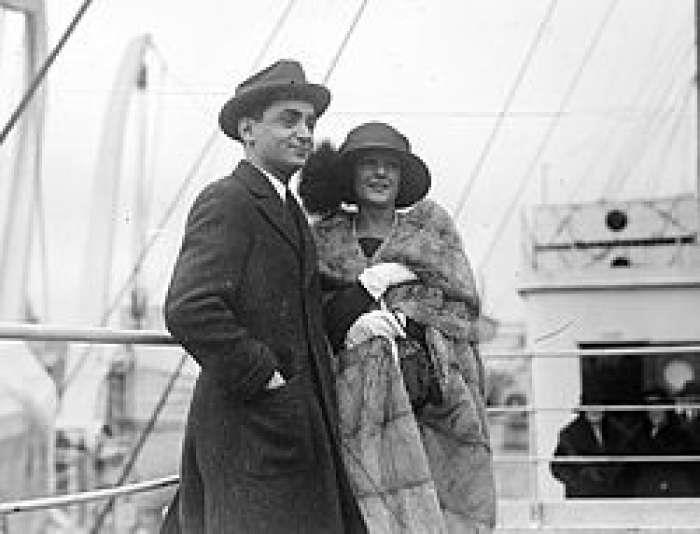 The Love Story of Irving and Dorothy Goetz Berlin

The Love Story of Irving and Dorothy Goetz Berlin

White Christmas and Happy Holidays are two of the most popular holiday songs of all time. Both were written by iconic composer Irving Berlin, who is widely considered one of the greatest songwriters in American history.  Indeed his music is at the foundation of the “Great American Songbook.”

While you’re no doubt familiar with many of Irving Berlin’s songs, did you know that his first wife Dorothy Goetz Berlin was from Buffalo, and is buried here in Forest Lawn?

Dorothy Goetz was born in Buffalo to Edward H. and Mary T. Goetz. She was just 19 years old when she met Irving Berlin in New York City, where her older brother, singer and lyricist Ray Goetz, had been collaborating on some tunes with him.

Ray would have much success himself, writing songs for 11 films and nine stage musicals. He is best known for his lyrics to the Broadway musical Me and My Gal. And he later became a Broadway producer.

In New York City, Dorothy Goetz auditioned to sing for Berlin. While another young singer got that part, Berlin did ask Dorothy on a date!  She agreed and their romance began.  He compared her beauty to that of a rose. They fell quickly and deeply in love and Berlin proposed marriage some weeks after their meeting. When he proposed, he told Dorothy “if she married him, their lives would be like a bed of roses.”

Dorothy said yes, and they were married just a few months later, in February 1912. The couple went to Cuba on their honeymoon. But shortly after they arrived, an outbreak of typhoid broke out. They quickly returned home, where Dorothy became very ill. Her illness worsened over the next few months, and with doctors unable to help her, she died on July 17 – just six months after their marriage.

Berlin was deeply affected by her death, and for a while his songwriting was affected, as he wrote several joyless songs. Five months later he decided to write about his wife’s death, pouring his grief into the ballad called When I Lost You, a simple waltz with a bittersweet harmony under the melancholy melody. Berlin insisted that the song was based on his wife’s death – the only song he ever admitted was related to his own experience.

For the next 12 years, Berlin contracted with a Buffalo florist to deliver a single white rose every other day to his wife’s grave in Forest Lawn, which is located in section 9. (A photo of her gravestone is shown below.) That continued until Berlin remarried. He died in 1989 at the age of 101. He is buried in Woodlawn Cemetery in the Bronx.

The story of Dorothy Goetz Berlin (including some of her husband’s iconic holiday music) is one of several that are featured in Forest Lawn’s critically acclaimed theatrical production of It WAS a Wonderful Life – a show that has become a WNY holiday tradition. 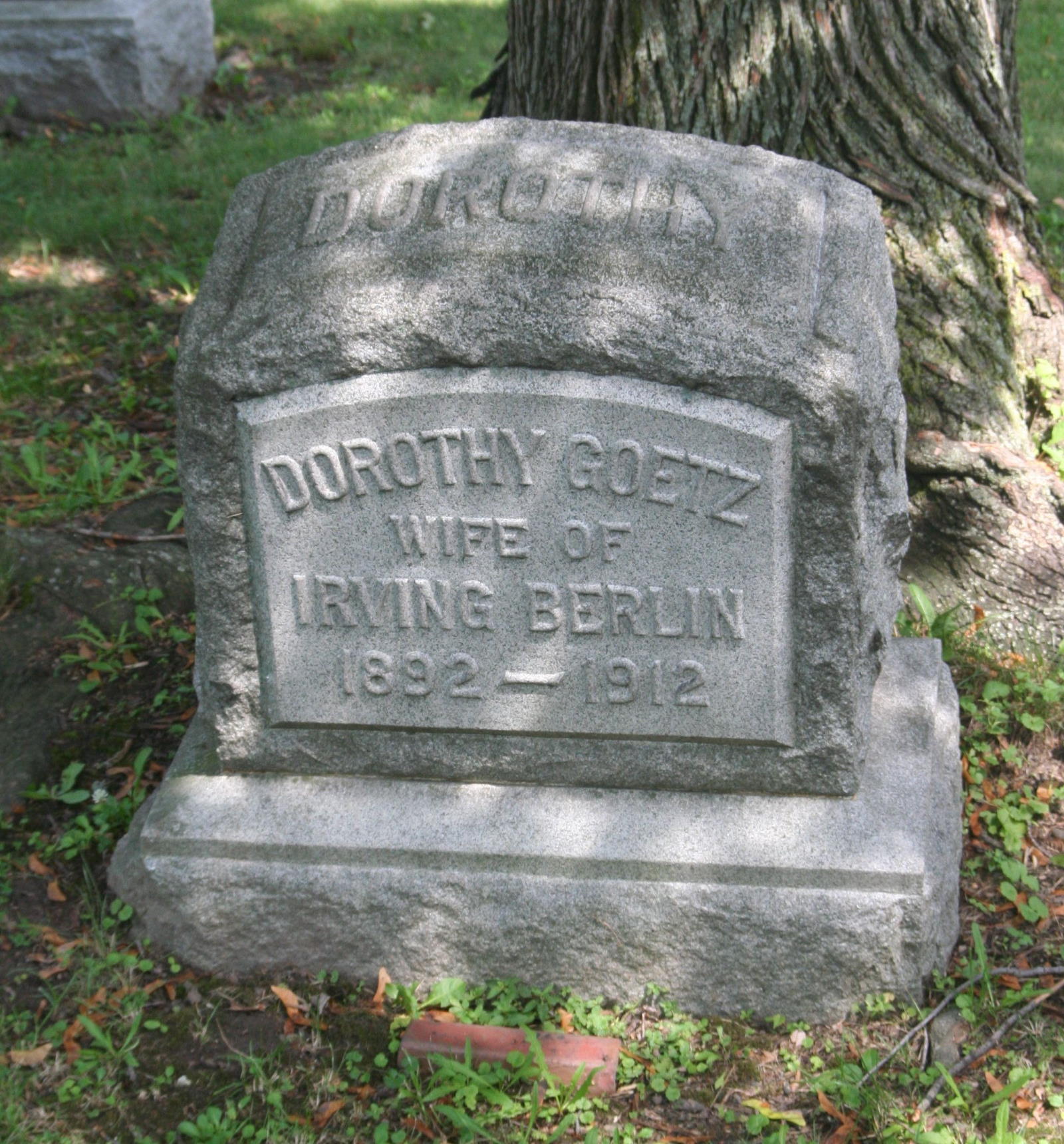 Step into Forest Lawn’s historic Chapel, which is transformed into a festively decorated, very unique live theater space for this original musical theater production. In it, the show’s narrator, John Lay – the first person to take up permanent residence at Forest Lawn, in 1850 – will introduce several of the new friends he’s made over the last 168 years at Forest Lawn. (Including Dorothy Goetz Berlin) They, in turn, will create musical, comical and poignant glimpses of Christmases past, when they enjoyed life on this side of the lawn.

Tickets are $27.50 for general admission and $22 for members of the Forest Lawn Heritage Foundation.