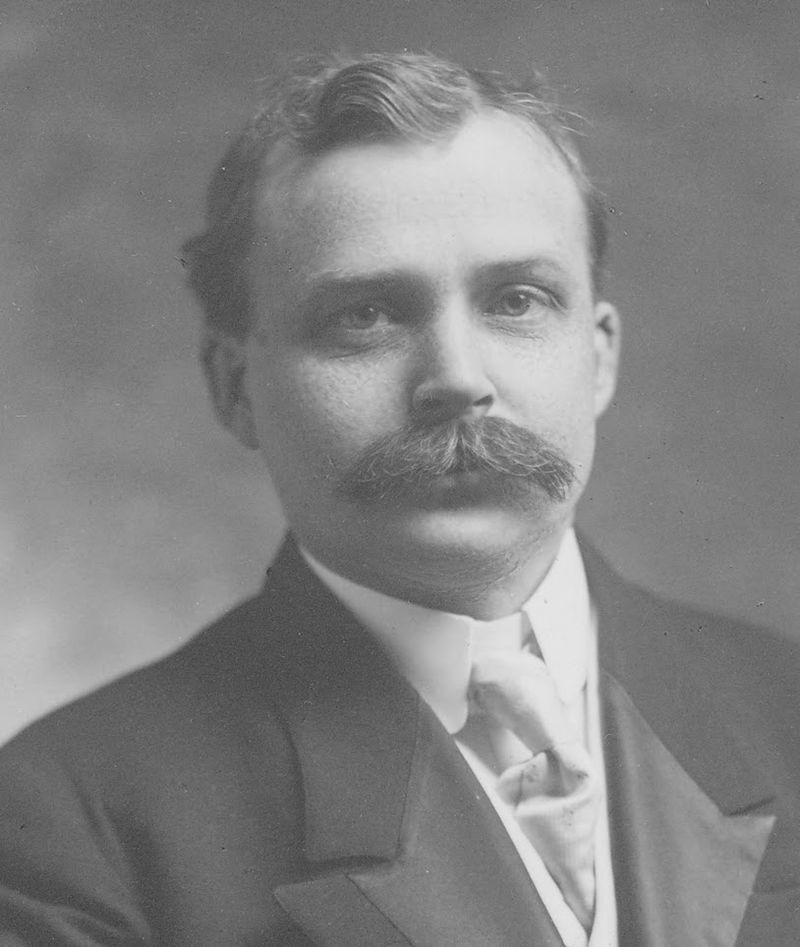 Mr. Martin was born in Bouckville, New York, the youngest of five children.  He had a difficult childhood, starting with the death of his mother when he was six.  His family was separated, and he was forced to part ways with all his siblings except for his brother Frank.  The Martin brothers went to New York City, and Darwin obtained a job selling soap.  He then came by himself to Buffalo to work for the Larkin Company.  He is credited with  converting all the company’s customer records from cumbersome ledgers to efficient card catalogs, a pioneering advance in business record-keeping at the time.

In 1890, Mr. Martin replaced Elbert Hubbard as Corporate Secretary of Larkin Company and he commissioned a young architect named Frank Lloyd Wright to construct the company’s new administration building.  This marked the beginning of a life-long friendship between Martin and Wright.  In 1903, Martin asked Wright to design a house for him. This project would become the historic Darwin D. Martin House.

Martin’s wife Isabelle was unhappy with the house due the limited light it received, as she was nearly blind. The couple and their two children, however, would live there for over 20 years.  During this time Martin’s fortune continued to rise, while Wright, with whom he kept in constant contact, fell on troubled times. Martin began to lend Wright money and also commissioned him to design a summer home, Graycliff.  Martin was a millionaire when the great stock market crash occurred.  Overnight, he lost almost everything.

After a series of strokes, Mr. Martin died on December 17, 1935 at the age of 70.  He is  buried in section H in Forest Lawn.  Wright designed his only cemetery monument, the “Blue Sky Mausoleum,” at Darwin Martin’s request, but because of the family’s declining fortunes, it was not built until 2004, when Forest Lawn erected the Blue Sky Mausoleum in honor of Darwin Martin and Frank Lloyd Wright (see photo below).