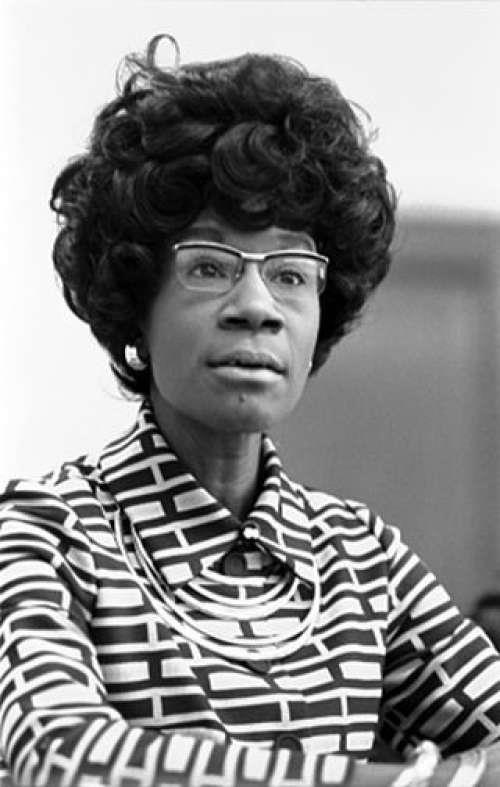 BUFFALO – Today, October 1, 2021, New York State Senator Sean Ryan joined representatives from Forest Lawn Cemetery and Steering Committee members to announce the next steps in plans for a statue honoring the late Shirley Chisholm. Senator Ryan, in partnership with a steering committee of community stakeholders, announced a call for proposals for a sculpture in honor of Ms. Chisholm. The selected public artwork will be sited on the grounds of Forest Lawn Cemetery, Ms. Chisholm’s final resting place.  An RFP has been issued for the statue, and artists interested in designing the statue are invited to submit proposals until December 1, 2021.

Chisholm, who is entombed in Forest Lawn’s Birchwood Mausoleum, made history as the first Black woman to serve in the United States Congress and the first to run for president. The statue will be installed at Forest Lawn Cemetery near the mausoleum in Fall 2022.  Any artist or artist teams working in New York State will be considered. The steering committee strongly encourages artists of color and those based in Western New York to submit proposals.

Initial proposals for the project must be submitted to Zainab Saleh at zainab.saleh@gmail.com by December 1, 2021.  To receive feedback on applications in progress, drafts should be emailed prior to November 15, 2021. A committee representing community stakeholders will review all submissions for the competition before two finalists are selected. A virtual information session will be held at 12:30 p.m. on Oct. 20 to go over all requirements in detail and answer any questions interested artists may have. The full RFP, including details about the information session, can be found here.  The RFP was created in conjunction with the steering committee that is guiding the creation of the statue.

Chisholm rose to national prominence during her unprecedented 1972 campaign for the Democratic presidential nomination, when she became the first woman and the first Black candidate to seek a major party’s nomination for the office. Her prolific political career began in the New York State Assembly in 1964, and in 1968, she became the first Black woman elected to Congress, where she served seven terms. She rose through the ranks of Congressional leadership to become the Secretary of the House Democratic Caucus in 1977.

During her political career, Chisholm was a tireless champion of women, minorities, and the poor. She fought for education and wage reform, and touted herself as “the people’s politician.” While in Congress, she fought for programs like Head Start, school lunches, and food stamps. Notably, Chisholm was a founding member of the Congressional Black Caucus and the National Women’s Political Caucus. After her retirement from Congress in 1983, Chisholm lived for several years in Williamsville, New York and taught at Mount Holyoke College in Massachusetts. She said she wanted to be remembered as a “catalyst for change” and “a Black woman who dared to be herself.” She passed away on January 1, 2005, and now rests in the Birchwood Mausoleum at Forest Lawn Cemetery. Inscribed on her crypt is her presidential campaign slogan, “Unbought and unbossed.”

This public initiative will demonstrate Shirley Chisholm’s incredible legacy to the entire Western New York community and beyond. The statue will help to convey who Ms. Chisholm was and what she meant; both to Buffalo and to the entire country. The statue will capture her legacy, her impact on our community, and her demonstration that women – particularly Black women – are capable of anything; even (and especially) if it has never been done before.

Senator Sean Ryan said, “Shirley Chisholm was a force for positive change throughout her entire life. As she progressed through her political career, she broke barrier after barrier – all the while standing up for historically underrepresented groups. As we approach the 50-year anniversary of her unprecedented presidential campaign, I hope that this statue serves not only as a monument to this important figure in our nation’s history, but also as an educational opportunity for the generations who may not know her story.”

Erie County Legislature Chair April Baskin said, “Shirley Chisholm was ahead of her time in her political philosophy and persevered through the seemingly insurmountable challenges of being the first Black female elected to Congress and first Presidential candidate. In her persistence to represent Americans, she laid the foundation for Black female elected officials like myself to succeed. I am incredibly honored we have the privilege to mold her symbolism into a statue, right here in Buffalo where she made her home. And I am enthusiastically excited to see what our immensely talented local artists propose to connect our past to the present and inspire the future Shirley Chisholms of our nation.”

Dr. Barbara A. Seals Nevergold, Founder of the Uncrowned Queens Institute and Former President of the Buffalo School Board, said, “The Honorable Shirley Chisholm was one of the most consequential African American political leaders of our time. Her historic run for President was only one of her many firsts. Ms. Chisholm was a trailblazer who paved the way for all women, particularly those of color in a male-dominated field. I want to thank Senator Ryan for his foresight and commitment to – and support of – this project, and my fellow committee members for their ongoing dedication to ensure that the final monument is a symbol of the spirit embodied by Ms. Chisholm and the many lessons that are inspired by her legacy.”

Joseph Dispenza, President of Forest Lawn Cemetery, said, “This artwork will stand as a well-deserved local honor and recognition of Congresswoman Chisholm’s spirit, bravery and commitment to doing what is right, when you can, regardless of the political or social mores of the time. Her campaign slogan, ‘Unbought & Unbossed’, which also serves as her epitaph on her crypt here at Forest Lawn, sums up her commitment to these ideals and provides a clear direction for all of us personally and professionally.”

Zainab Saleh, Program Coordinator for Partnership for the Public Good, said, “This project provides a unique opportunity for an artist or collaboration among artists, especially artists of color, to capture Shirley Chisholm’s dynamism and fearlessness in the face of the status quo. I look forward to working with artists to honor a leader who worked tirelessly throughout her career, using her office to enact real change in order to impact real lives.”