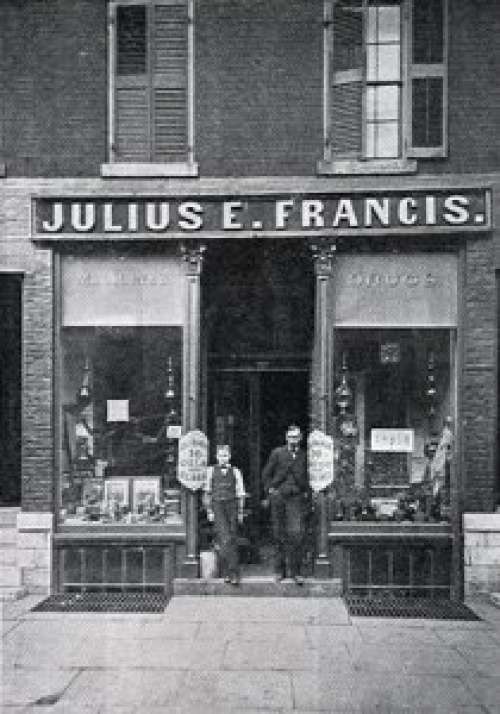 Buffalo’s Julius E. Francis and the drive to create a national holiday for President Lincoln

Buffalo’s Julius E. Francis and the drive to create a national holiday for President Lincoln

At 9am, February 16, 1861, the Presidential Special left Cleveland, Ohio and headed for Buffalo, New York. Along the way, several accidents occurred. One overly enthusiastic supporter of the newly elected president Lincoln blew off his own hand when he fired a cannon in salute. In Erie, PA, a roof collapsed upon which a large group of curious Republicans had gathered to watch the train as it passed by. In Westfield, NY the Special made its first stop. President Abraham Lincoln began his remarks from the back of the train when he stopped in mid-speech to inquire if Miss Grace Bedell, the young girl who had written to urge him to grow a beard, was present in the crowd. The 12-year-old emerged and the tall, now whiskered Lincoln stooped to kiss her cheek.

When the train arrived in Buffalo, NY at 4pm, 75,000 excited citizens were waiting, breathless with joyous anticipation. A huge cheer erupted when the man from Illinois descended onto the platform to greet his predecessor, Millard Fillmore, the 13th President of the United States.

But the enthusiastic crowd rapidly morphed into a dangerous mob. The eagerness to get close to the source of their inspiration was turning the celebration into a riot. Lincoln managed somehow to escape unscathed, and was able to move on to a reception at the American Hotel where future president Grover Cleveland was in attendance.

But at that moment, no one could predict whether Lincoln, the presidency, or indeed, the country would endure. There were no peaceful options on the horizon. The nation was on the brink of tearing itself apart. The entire question of self-government, of slavery, of the validity of the democratic experiment would soon be tested in the bloodiest war in American history.
Amidst the clamoring mass of humanity that day at the Central Depot on Exchange Street or under the hotel balcony, Julius Francis, a Buffalo shopkeeper, may have caught a glimpse of the tall, gaunt figure of the 16th president. And he may have been there too when four years later that same train arrived in Buffalo once more, this time bearing the casket which held the dead body of the slain Lincoln.

No one knows exactly when or why Julius Francis became obsessed with preserving and promoting the memory of the martyred president. It became for him, a “magnificent obsession.” By 1874 he had made it his life’s mission. He petitioned the state and federal government to establish Lincoln’s birthday as a national holiday and he worked tirelessly the rest of his life to accomplish his dream. He also collected Civil War artifacts and memorabilia to house in a museum, but first and foremost he wanted Abraham Lincoln to be honored for the great man that he was.

Julius Francis was born in Connecticut in 1822, moved to Buffalo in 1835 and opened several drug stores with a partner. He owned shops at 298 Main Street, and 16 Division Street (see photo above) among others. He was a bachelor who declared that his cause was “my wife and my life.” At his own expense, he held the first of seven annual observances of Lincoln’s birthday. Each year until his death, he rented a hall, arranged speakers, poets, music, essayists, and invited the public to attend free of charge to honor Abraham Lincoln. He succeeded in persuading New York to create a state holiday, but he failed to get the U.S Congress to follow suit. For decades after the Civil War the North and South remained split on how to remember their fallen heroes. It was only after the nationalizing tragedy of World War I that federal holidays like Memorial Day were instituted.

Julius Francis never gave up hope. He founded the Buffalo Lincoln’s Birthday Association, which inherited his house at 145 Eagle Street, as well as six $1,000 bonds which grew and was used to hire New York sculptor, Charles E. Niehaus to create a life-sized, bronze statue of Lincoln that would be exhibited at the new Buffalo Historical Society, now called the Buffalo History Museum. (See photo below) 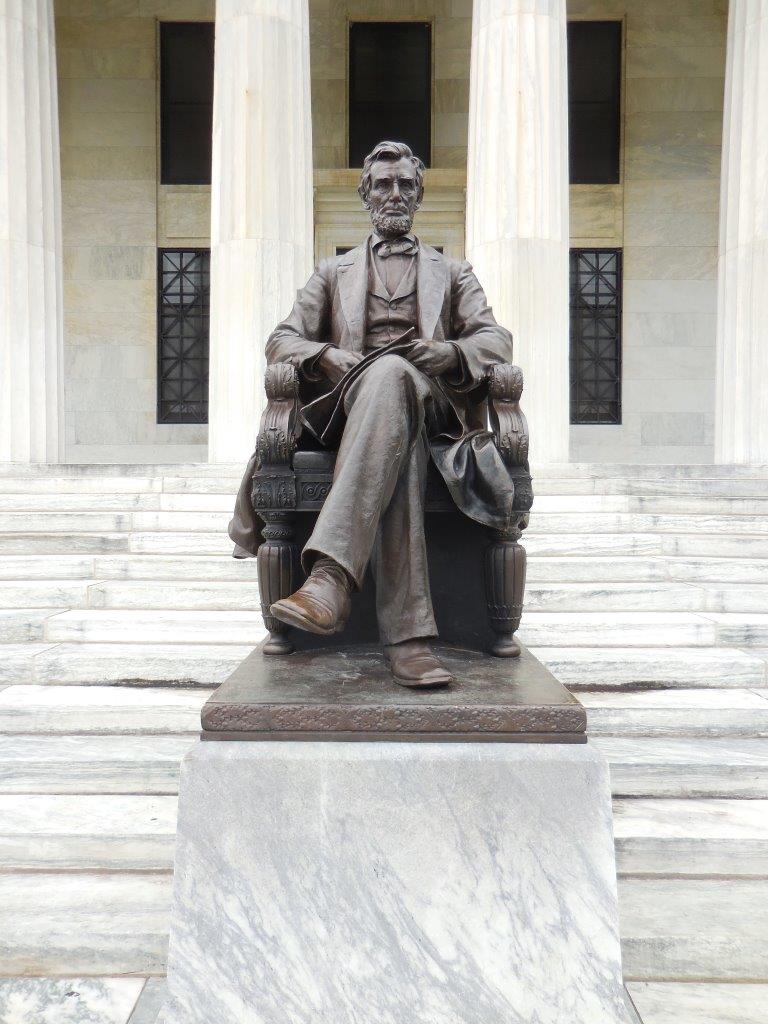 The chair upon which the statue sits is a copy of Lincoln’s chair now stored at the Smithsonian Institute in Washington, D.C.

The original location of the statue was in the Historical Society’s Lincoln Room along with the Francis memorabilia. In the 1930’s, the statue was moved outdoors to the front of the South Portico, over- looking the Lake.

Julius Francis died on August 1, 1881. He is buried in section W in Forest Lawn. He spent his life and his fortune to accomplish one goal. He wanted to keep the inspiration that Abraham Lincoln had engendered among his countrymen alive. He wanted no one to forget that on February 12, 1809, the man who would be called the “Great Emancipator” was born. He wanted to preserve the memory of the man who preserved the nation.

A note about Presidents’ Day…

Although Lincoln’s Birthday has never been designated as a national holiday (unlike George Washington’s), it was approved as a legal holiday in a number of states. Today, most people assume that the Presidents’ Day holiday, which we’ll celebrate nationally on Monday, honors both Washington and Lincoln. In fact, the holiday is legally designated as “Washington’s Birthday,” as its purpose was to honor our nation’s first President. It was initially celebrated as a holiday in the District of Columbia in 1880. It was made a federal holiday in 1885. The holiday was originally held on the anniversary of George Washington’s birth, on February 22. In 1971, this holiday was moved to the third Monday in February. And today it is generally considered a day in which we honor all U.S. Presidents.